After founding the Ethnographic Museum a new inventory was created marked Et (Ethnographica), which listed all the items acquired by the Museum that did not originate from private collections nor collections from other museums.

The oldest item in the Collection of musical instruments is the bagpipe made in 1751 in Aljmaš, Slavonia. It entered the Museum as part of a private Collection of musical instruments by Franjo Ksaver Kuhač which holds a total of fifty-six items, collected between 1857 and 1886. The items from the collection are marked with the catalogue numbers ranging from POH-414/1920 to POH-470/1968. 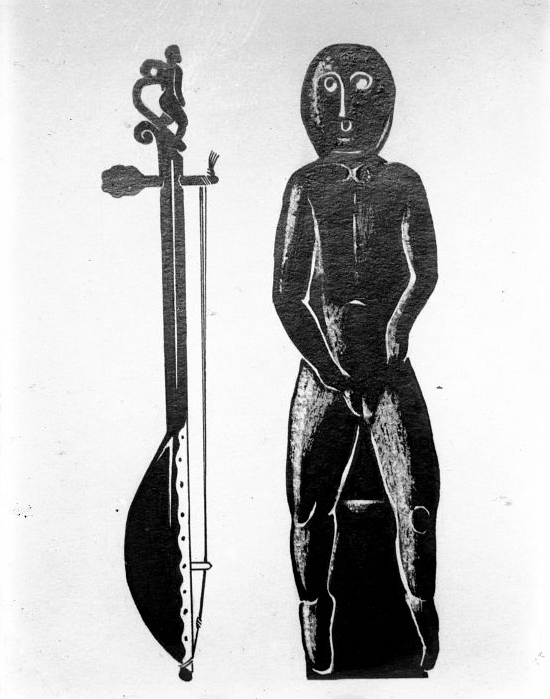 Immediately after the establishment of the Museum, the Department of Folk Music was also founded, which continued operating from 1921 to 1948. At that time the Museum acquired the largest number of musical instruments and the greatest volume of the pertaining register was created.

Although the work of the Department of Folk Music is covered in more detail in a separate chapter of this catalogue, it is important to note that the curators, as well as the Head of the Department in the Ethnographic Museum, followed the scientific paradigms in Croatian ethnology and were expanding the Museum holdings accordingly.

Until 1960s the method of collecting musical instruments revolved around recognizing the elements common to all Slavic countries, especially South Slavic ones – consequently, instruments sharing common Slavic origin were gathered. Field research was carried out in the Balkan Peninsula as a whole, not exclusively in Croatia.

The collection of musical instruments comprises items from several other countries – Bosnia and Herzegovina, Slovenia, Macedonia, Albania, Serbia, Montenegro, Bulgaria, Poland and Kosovo. However, the most significant volume comes from Croatia.

The major feature of traditional musical instruments in Croatia is their comparative multitude and diversity although they occupy a relatively small territory (Ćaleta 2001: 423). This is the result of a high flow of various peoples and numerous cultures in the territory. This was the place where Mediterranean (Italian, Greek, Arabic) and Slavic cultures met, where a strong influence of the Ottoman Empire was felt; and another factor that affected the diversity of musical sphere of life was adopting musical instruments from the so-called more advanced civilizations and their subsequent, so to say, ‘folkalization’ (making them part of the national culture) – the instruments in question being the violin, the accordion, the guitar, the trumpet or the clarinet (Bezić et al. 1975: 6).

Precisely the musical instruments from the Ethnographic Museum presented in this catalogue, made and ornamented using different methods and techniques and played in different ways, in various social and private contexts, provide evidence of richness of Croatian traditional musical heritage and the intertwining of various cultures in the whole of Croatia.