Trstenice, orgljice - (panove svirale – the pan flute) were played in the area from Hrvatsko Zagorje further to the north to Međimurje and, crossing the Croatian border, to Maribor and beyond. 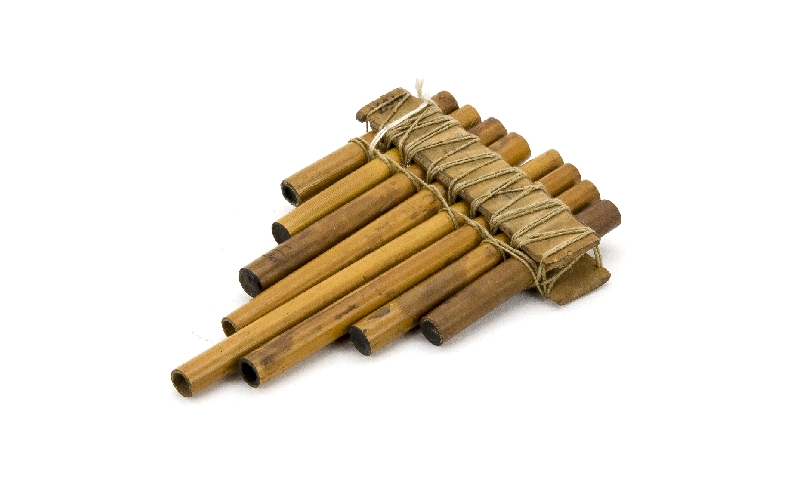 The pan flute / trstenice; Brezovica, the middle of the 19th century / POH-467/1920, The Collection of Musical Instruments by Franjo Ksaver Kuhač

It is a musical instrument with pipes for blowing air which are made of equally thick pieces of cane attached to each other in a series between two slats. The largest pipe that produces the lowest tone is put in the middle, and the rest of the pipes – to the left and to the right, gradually decrease in length. Andean folk music ensembles that travel round the world have been spreading their own variant of the pan flute, which is today even more popular in Croatia than the indigenous variant from Hrvatsko Zagorje. The pipes of Andean pan flute are arranged according to their length – from the longest to the shortest. The pan flute from Hrvatsko Zagorje was once used as a solo instrument mostly played by herdsmen but today it has fallen out of use.

The pan flute - orgljice
Hrvatsko zagorje, the 1st half of the 20th century

The pan flute - fućkalka
Marija Bistrica, the 1st half of the 20th century

The pan flute - trstenica
Brezovica, the middle of the 19th century