Rattles (the čegrtaljke)  which can be found in the Collection of musical instruments in the Ethnographic Museum are made of wood, most commonly beech and maple. Their rattling sound and vibration can be produced in different ways: by two pieces of the instrument being struck together, by clapping one piece against the other, by shaking, scraping or plucking. The plate that is vital for production of sound is secured between two wooden slats joined together and secured by wooden wedges. At the moment of swinging the instrument, the plate knocks against the ribbed cylinder with its narrow and blunt end, thus producing sound. The edges of the slats are most often ornamented with carvings. As a signal instrument rattles were originally used in the field or in vineyards for scaring various birds away, for example – starlings, sparrows, etc. The instruments which are used for producing noise are today often used as a piece of sports fans’ equipment at sport events or by groups of high school graduates when celebrating their graduation by touring the city streets and making noise. 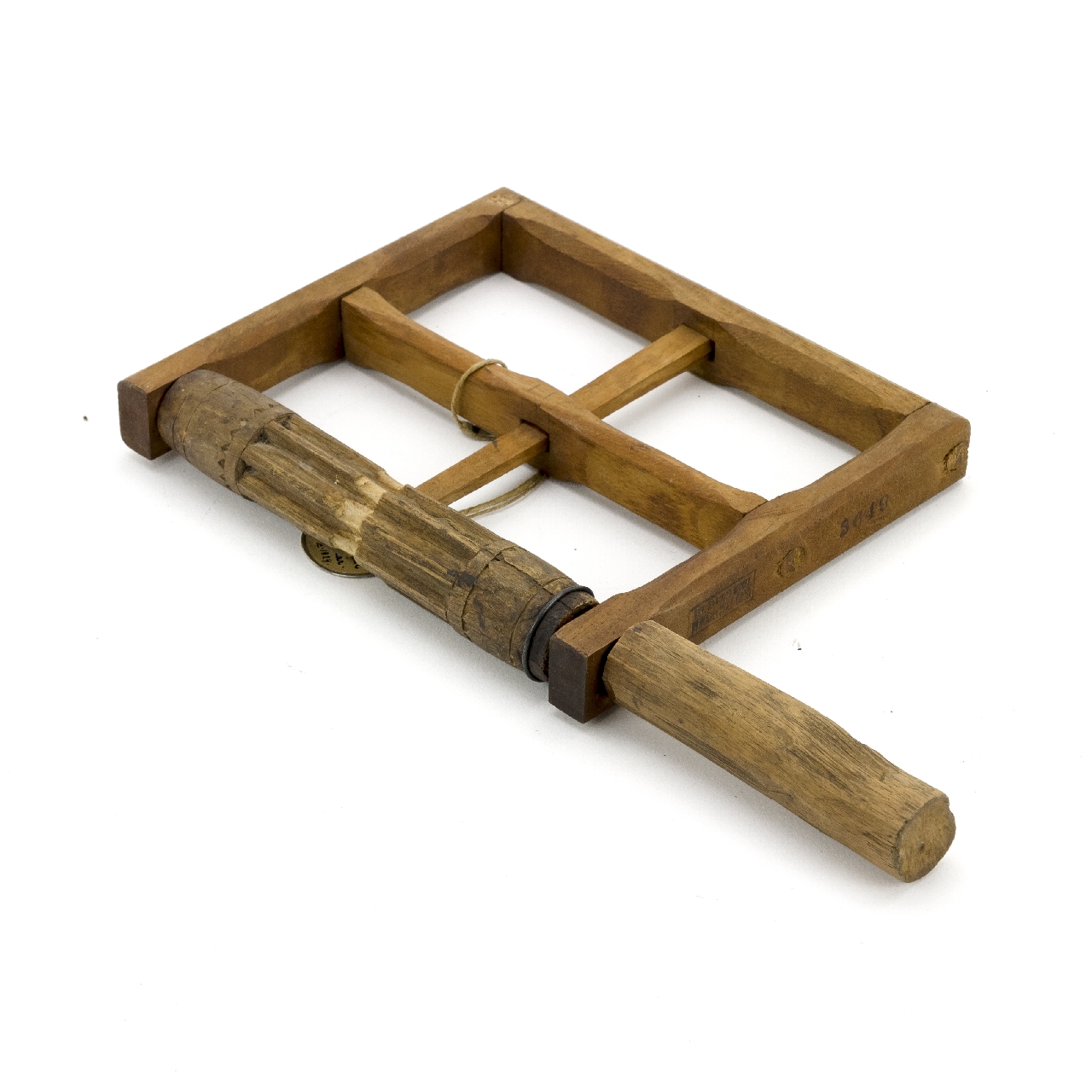 As accompaniment for customs they mostly appear during Shrovetide and during Holy Week. The starting point for ethnological interpretation of the meaning and function of Shrovetide customs lies in their exact timing – which is during the changing period of the agrarian year (winter turning into spring), as well as the idea that people can influence nature to their own advantage by performing certain rituals. According to this interpretation the key to understanding the customs is in protectional and apotropaic magic and fertility magic which underlie various regionally and locally specific Shrovetide rites and pertaining characters (Vitez, 1998: 198).

The apotropaic meaning of Shrovetide customs is manifested in turning away and warding off evil forces and demons by disguising oneself, i.e. changing one’s clothes or turning it inside out, putting on masks, etc. as well as in making noise in different ways.

Rattles, clappers, and small bells were also inevitably used during Holy Week in most parts of Croatia (from Holy Thursday to Holy Saturday). As a substitute for church bells which were tied up at that time, those musical instruments took root with Christian people and became almost a symbol of the Holy Week. Instead of church bells, rattles and clappers were used for announcing church services. According to a legend told to children by their parents the bells flew away to Rome only to return on Holy Saturday.

There are several rattles in the Ethnographic Museum, for example – rattles from Aljmaš (Slavonia) (POH-468/1920) – used in 1850s for making noise during the Shrovetide celebration, made by pudar (vineyard and crop guard) Ivan Šakić from Aljmaš.

Rattles from Strizivojna (Slavonia) (Et 692), made in the early 19th century and donated to the Museum in 1921, were used for scaring birds in the field and vineyard.

A slightly different type of rattles, with the local name the kleparnica, is the one from Vrbnik, on the island of Krk Et 5858. This is a wooden idiophone originally used for clapping (štropotanje) after the afternoon church service on Holy Wednesday, Thursday and Good Friday. The sound of this particular instrument is produced by clapping the upper wooden piece, built in shape of a hammer, against the flat lower wooden piece. The kleparnica was donated to the Museum in 1926.

The rattle (so-called škrabutionica) (Et 10646) from Jelsa (the island of Hvar) are made from wood and are tin-plated at the bottom. They were used in church services during the Holy Week in the parish church in Jelsa and were donated to the Museum in 1934 through the mediation of Božidar Širola.

The rattle
Strizivojna, the 1st half of the 20th century

The rattle - škrebetalka
Zagreb, the beginning of the 20th century

The rattle - škrebetaljka
Podsused, the beginning of the 20th century

Clapper - kleparnica
Vrbnik, island of Krk, the 1st half of the 20th century

The rattle - škrebetaljka
Vidovec, the 1st half of the 20th century

The rattle - kleparnica
Turopolje, the 1st half of the 20th century

The rattle - škrabutionica
Jelsa, island of Hvar, the beginning of the 20th century

The rattle - škrabutionica
Jelsa, Hvar, the 1st half of the 20th century